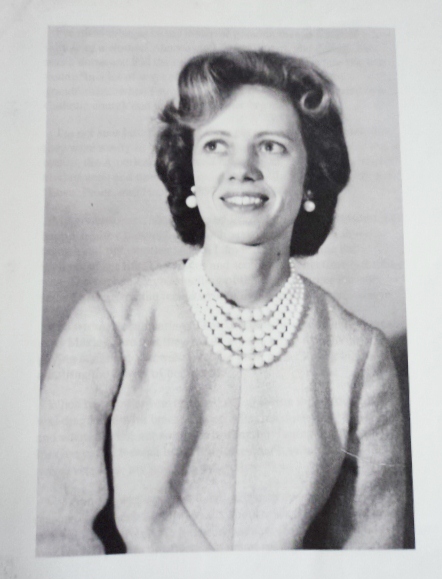 I've often thought of my maternal grandmother as a sort of mirage of a woman. She was tall pretty smart and daring. She was a nurse and had the opportunity to travel some while she was young. In a lot of ways she was very blessed. She met my grandfather... when I'm not so certain; but they were married in a Catholic church and their life together began.

I'm not sure how their daily lives played out. I like to think that they were madly in love, during a time when the Korean war was a reality, the American dream was romantic, in a "Leave it to Beaver" kind of way; and time hadn't quite yet introduced the revolution of "Love, Peace, and Happiness"

My grandparents, Mary Lou and Bruce McLellan produced four happy, healthy kids and my grandma dedicated her livelihood to being a full time mother. Again I am left to wonder the daily routines of her life. The smiles and scoldings. What time bed time was. The kitchen maybe smelling of Cheeseburger Pie, the same that I make from the recipe written in my grandmothers cursive.

She wrote. Documenting in her kids baby books exactly what she saw. Making sure that they would always know that she was paying attention. She was watching them grow, loving them, admiring the beauty of her babies.

When my mother was two, and my grandma thirty-four... she was diagnosed with breast cancer. After chemotherapy treatment and what else I'm not so sure... it went into remission. It was gone for five years. And then it came back, full force, and killed her. My mother was seven then. My grandma only thirty-nine.

My grandpa was devastated and still is to this day. It's one of the reasons I don't ask him for details about what they all went through as a family. I can see the lingering sadness in his eyes when he looks at her picture or offers up a memory. My mom hasn't too many memories of her own, but the ones that are still ingrained; are sweet. My grandma never yelled. If my mom was causing trouble she would laugh with her, and never lost her temper. Recently found dress up jewelry, was like diamonds and pearls for my mom. She remembered the brooches and clip-on earrings her mother had touched. They were like little pieces of her that were so magically tangible.

I always wondered what my grandma went through when she got sick. Mentally, emotionally, physically. Was she angry? Disappointed? Sad? Did she blame God? Feel like it was her own fault? Was she so heartbroken that to be near her you could palpably feel the pain? Maybe she accepted it as her fate. Maybe even from the beginning... and that's why she wrote for her children so scrupulously. As a mother myself now, I realize the weight of guilt she must have consumed. Knowing that the guidance she was planning on giving to her children, would evaporate with her last breath.

Hopefully she had relief when she died... if only from the body that was so sick and determined to fail her.

I've worked on Oncology floors. Been to state of the art Cancer Centers. I must tell you not much has changed since 1970 the year my grandma died. The majority of those diagnosed, get extremely sick, from the cancer and the treatments alike. They become pin cushions for necessary labs, bloated skeletons of their former selves and inevitably a statistic.

Compassion is often abundant from health care providers, if your insurance can get you into a decent facility. But even compassion can be taxing on staff... we take home the hurt too. The Grim Reaper standing in the corner is much more conspicuous than the pink elephant, and the drop in temperature while he's in the room, seems to silence any complaints that death is looming so close.

Some people die quickly, usually the poor or uninsured. For certain the ones who never went to the doctor when their bodies began to complain. A fair amount of people though, go through the poisonous treatments meant to eradicate their particular cancer. Becoming someone else... forever altered. They are usually able to buy some time. The lucky ones spend it with family or friends. Seeing the world through different eyes; whether they are tinted with gratefulness or bitterness is contingent upon the person.

Then usually the cancer comes back, most aggressively, and they die. In a hospital bed, a hospice bed, at home if they are lucky, maybe even with chemo still running through their veins.

Very few people have I met, are long time survivors. Not to say that they don't exist. I've just been exposed to the people who haven't survived.

I haven't asked where my grandmother died. My mom was so young and my grandpa might cry. I'll ask one day, my aunt or uncles must have memories too.

I ask myself now, if I can live up to her example. I've been asking for courage, trying to carry myself with grace, and been praying for strength. I found a lump in my left breast the other day and I'm having it looked at in a few weeks.

I'm thoroughly terrified. Although I'm only twenty-nine and I'm sure that I have much more to contribute and accomplish; while on this earth, in this lifetime...  for MY daughter. Still I can't help but question if my life is about to take an unexpected detour.

I know that my grandma will be there with me. No matter what the outcome, and I'm glad I won't be alone.

That blooms in the Spring

Always bringing enlightenment to others

Her sweetness was overflowing

Her kindness and comforting way

Was such that others learned from her

And followed her deeds of the day

She loved her family and all little children

And brought joy into other homes too

Now Oh God you have opened your arms

For now she belongs to you

Touching story... I wish you well on your exam. Self exams can give many false positives, which I hope is the case.

Vangoman
This comment was minimized by the moderator on the site

The lust for life in you is "Extremly" strong. This is a wonderful strength. Now days with the advancements in self awareness one can turn a mote into a small stream. Something that can easily be crossed in bare feet. My son is a pastor and has a...

The lust for life in you is "Extremly" strong. This is a wonderful strength. Now days with the advancements in self awareness one can turn a mote into a small stream. Something that can easily be crossed in bare feet. My son is a pastor and has a special relation with the heavens, I just asked him to put a special word in for you. Everything will be fine.

I'm sure everything will be fine, I'm tough like bull! The emotions that followed my discovery, inspired me to reflect on my grandma who ended up in the worst case scenario and I wanted to empathize with both her and the patients I...

I'm sure everything will be fine, I'm tough like bull! The emotions that followed my discovery, inspired me to reflect on my grandma who ended up in the worst case scenario and I wanted to empathize with both her and the patients I care for. This was the result... Merry Christmas! Hope you all have a good one!

P.S. Van thanks to you and your son for the special word

a
This comment was minimized by the moderator on the site

I didn't quite grasp the totality of your comment on "Conversations With Dad," until I read this piece. I simply don't know what else to comment other than Bob Marley's eternal song:

Rise up this mornin',
Smiled with the risin' sun,
Three...

I didn't quite grasp the totality of your comment on "Conversations With Dad," until I read this piece. I simply don't know what else to comment other than Bob Marley's eternal song:

Rise up this mornin',
Smiled with the risin' sun,
Three little birds
Pitch by my doorstep
Singin' sweet songs
Of melodies pure and true,
Sayin', ("This is my message to you-ou-ou:")

That's my absolute favorite Bob Marley song! Sorry we are all so affected by this disease...

wickedwahine_69
There are no comments posted here yet

Learn About our Contests!